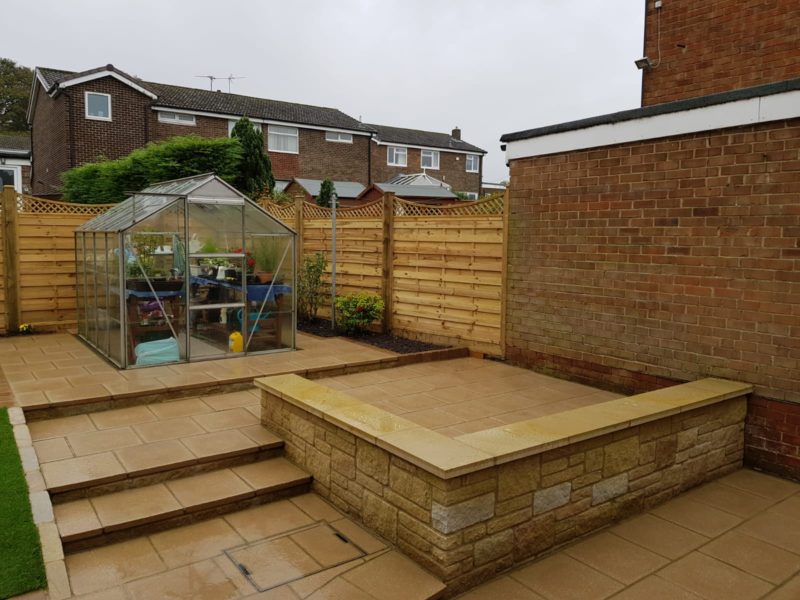 Originally the client had asked for a quotation to supply and install decorative fence panels. The customer opted for Elite Espirit panels, a panel with horizontal timber slats and a separate wave top lattice panel to top. The customer was so pleased with the results of the fencing, they requested a quote to landscape the garden. Primarily the customer wished to reuse some of the existing paving, but unfortunately this option was not viable due to its condition. Two designs were created, one incorporating natural sandstone paving and an alternative in textured paving. The client opted for the textured paving as it was a quality product within their budget. 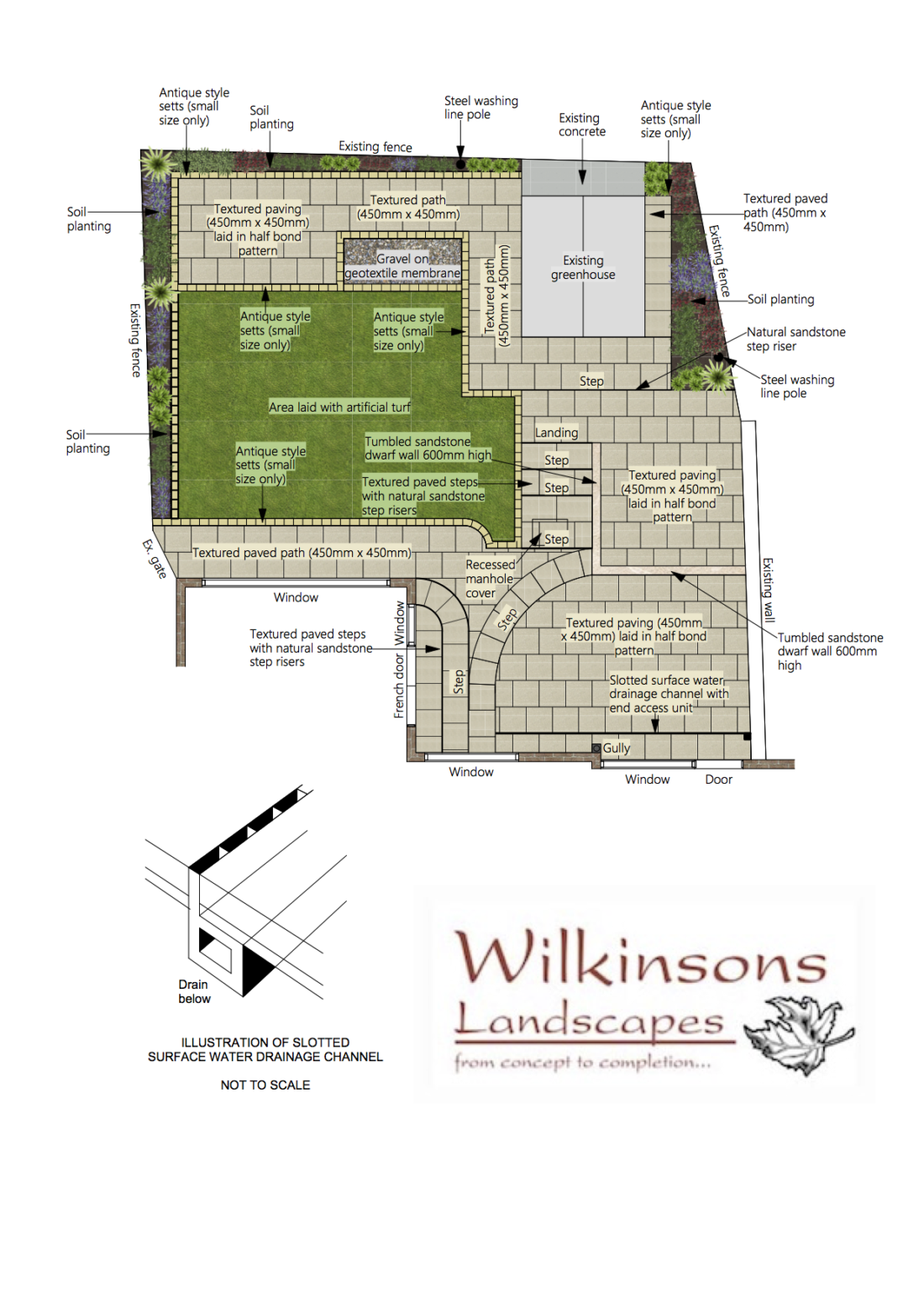 The area was excavated, the shape of the steps dug out and concrete foundations were laid for the wall. First the steps were paved, then the paths and patios were laid in a half bond pattern. The manhole cover was recessed to look more aesthetically appealing and to continue the paving bond. Originally, a slotted surface water drainage channel was to be installed on the lower patio, however when the existing paving was lifted, pipes linked to the conservatory were uncovered. This meant a drainage channel would not be viable in this area. The customer therefore opted for a gridded drain on the higher patio where the wall meets the paving. 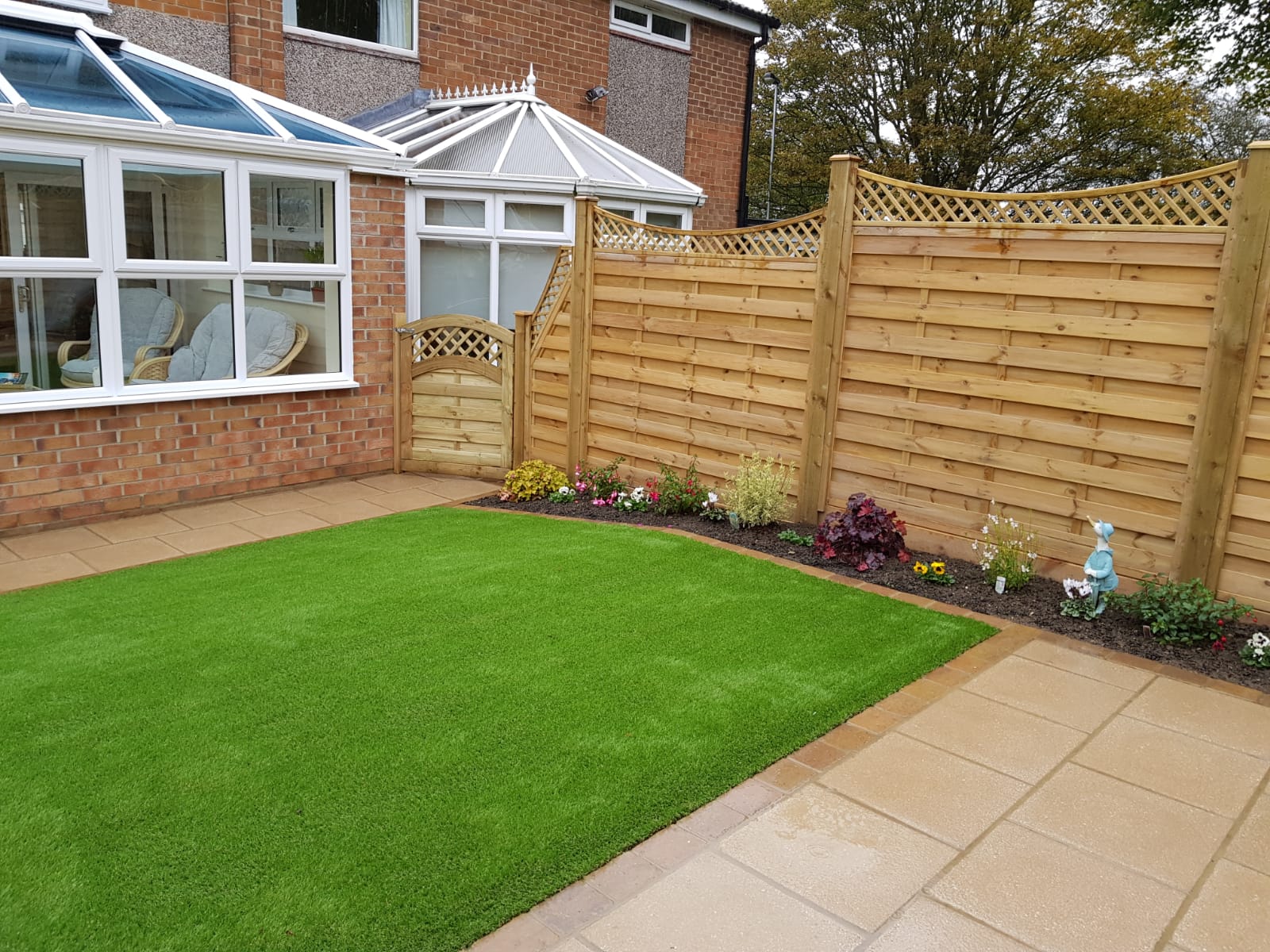 The project was concluded with the laying of artificial turf. The area was excavated, with dolomite foundations prepared and the area compacted. Edgings were installed, the area sharp sand screed to make it as smooth as possible. The turf was then laid and the edges nailed into concrete. Also, a layer of sand was spread across the artificial turf to weigh down the grass and support the blades of grass, in order for them to stand up straight. 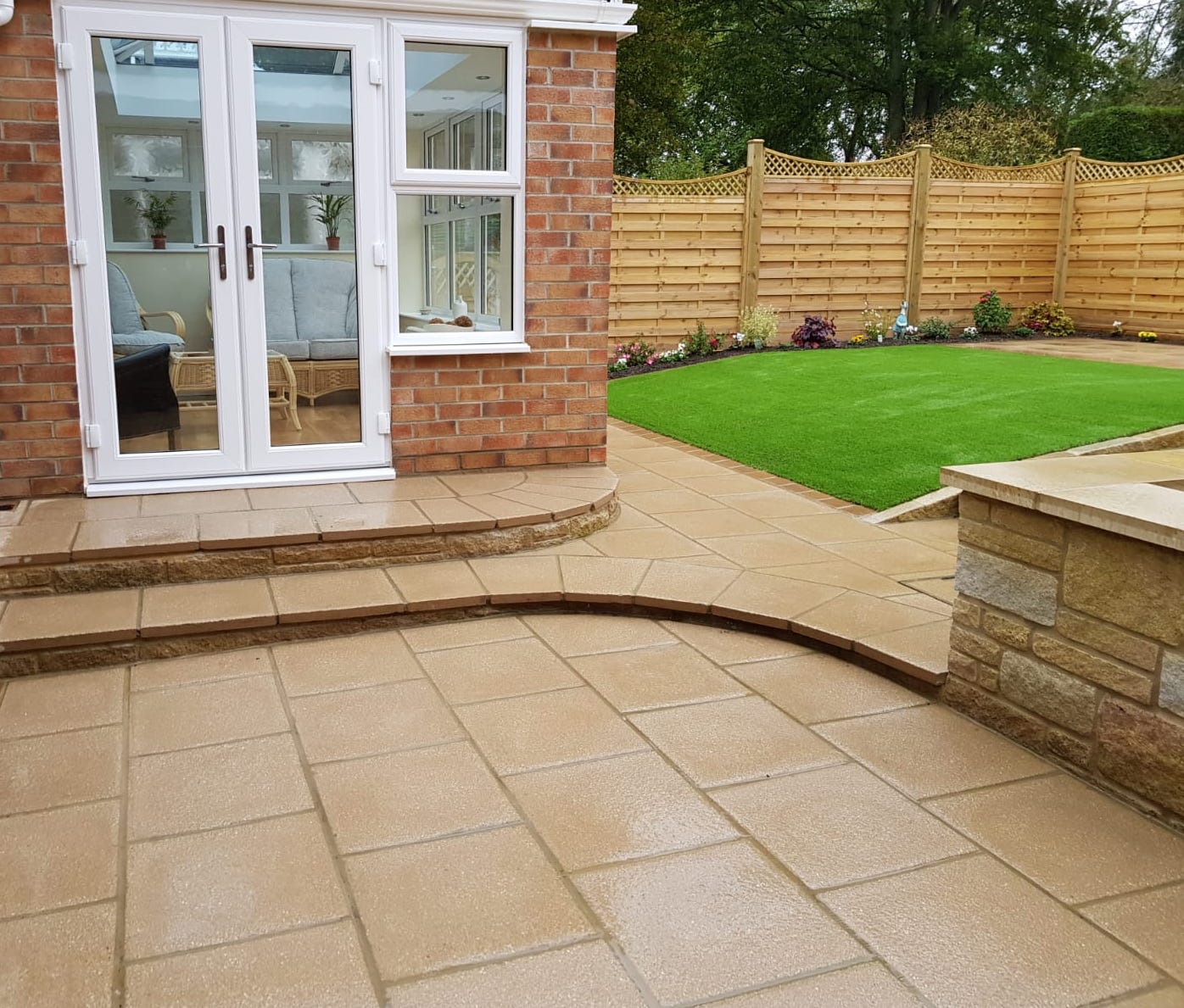 Give us a call

Email us or complete the form below and we’ll get back to you at a convenient time. As soon as we’ve washed the dirt off our hands!